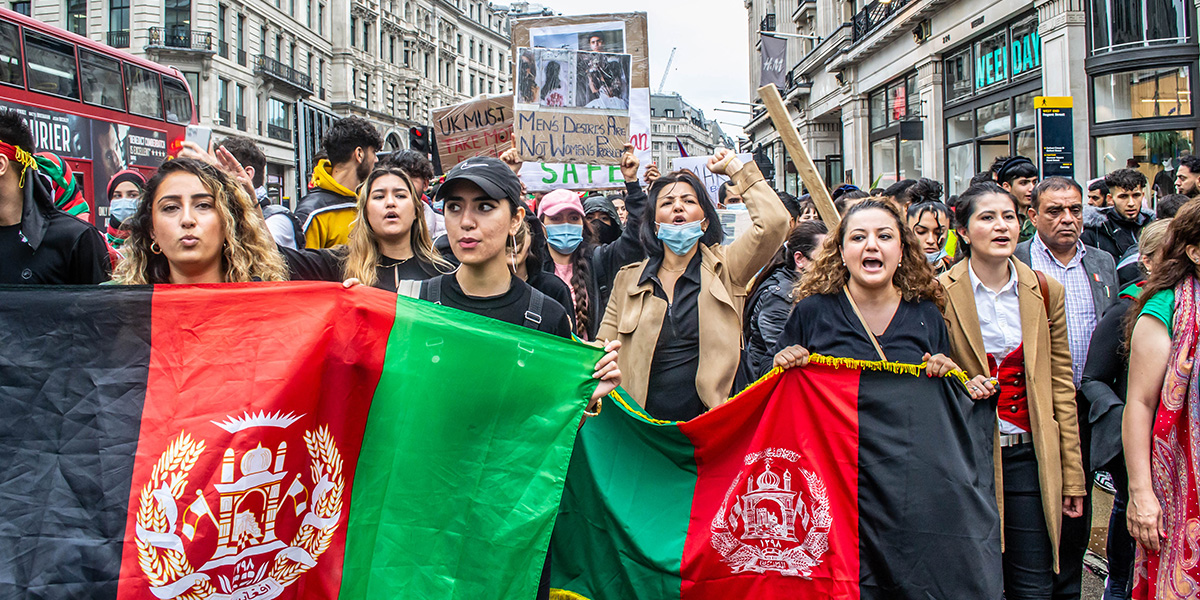 The scenes of people desperately trying to flee the Taliban’s takeover of Afghanistan have been seen around the world.

When the war began 20 years ago, Britain and the US told the Afghan people that this intervention would mean rights for women, education, democracy and freedom from terror.

Now, the sudden decision to withdraw Nato troops means anyone who believed the West’s promises has been left abandoned. Women’s rights are most under threat: the Taliban’s rules ban women from all forms of work, studying and politics, and put many at risk of forced ‘marriages’.

The British government has recognised the crisis and set up a scheme to allow some Afghan refugees to come to Britain – but it is far too narrow, limited only to people who assisted the military in some way.

Britain has an obligation not just to a few interpreters, but to everyone in Afghanistan who is endangered by the Taliban.

The government should immediately widen the existing resettlement scheme by lifting any restrictions on occupation or reason for arrival, and offer assistance to anyone attempting to escape.

This is the least our government can do for a crisis it had a major hand in causing.

“I am most worried for all the women who are most at risk of losing all their basic human rights – let alone women’s rights. Education, freedom, control over their own bodies.”

“The very least we can do is give a path the a better future for those we have made promises to and failed to help in our hubris.”

“Watching the scenes of people trying to flee the Taliban, and knowing the horrors and persecution they face, has affected me deeply. We must do everything possible to help.”

“For nearly 200 years the UK has been messing with and impoverishing Afghanistan. That’s a lot of reparation built up. This is the least we could do.”

“I personally know someone who worked for me in a non-military capacity from 2011 to 2013, and for the same international company in Kabul up to last year, who is in fear for his life and that of his family.”

“The Afghan people deserve better than life under the Taliban. They deserve the kind of life the rest of us take for granted.”

“The bungled withdrawal of the US and allied troops left people with no chance to escape the Taliban. I particularly fear for the women of Afghanistan – please help them. We gave them hope – now we have to show them that their hope was not in vain.”