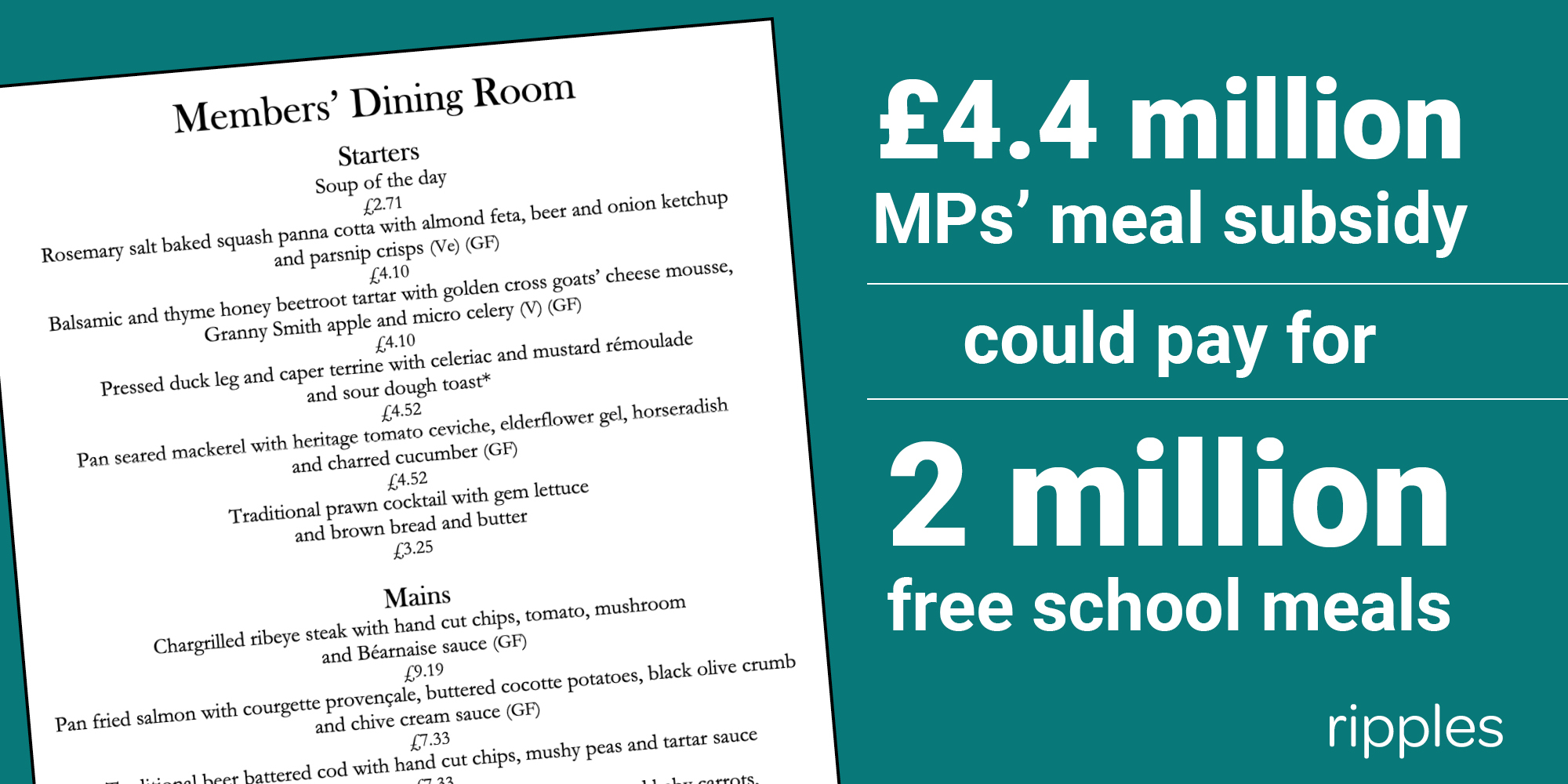 MPs have gone too far this time. While they vote for children to go hungry, we are all still subsidising MPs’ food and drink – on top of their £82,000 salary, £3,000 pay rise, and generous expenses!

It’s time to end their gravy train. MPs must no longer be a “class apart”. They are supposed to be our representatives, not our rulers. They should live like the rest of us, not live in luxury on taxpayers’ money.

A charter to clean up parliament

I have three children still in school. We are managing on the absolute bare minimum. I miss meals regularly to make sure they are fed. Why are my taxes paying for people on £80K+?

Depriving children of meals during school holidays while awarding themselves a pay rise is really one step too far.

If the UK government can’t afford to feed the most underprivileged children in the UK, why should the UK people subsidise food and drink for the Government, or any other MPs?

Kids should be fed! MPs can pay their own way! They do not need subsidies.

Our MPs are out of control and have forgotten that they work for us.

No more freebies and perks for our “representatives” in Parliament! Being an MP means to provide a public service, it’s a duty and not a prize. It’s time our representatives earned what they’re given, and to stop treating the job like they’ve won a golden ticket to the country club.

Why should they live as kings while we live as paupers?

It is obscene that well-paid MPs receive meals subsidised by their low-paid constituents. MPs should live in the same world as the public and use the public services they influence such as education and transport. They should stay in very basic student-style housing when in London, not receive expenses to live in a way very far above that of the public.

The contrast between the MPs’ subsidised dining room menu and the sheer coldheartenedness of voting not to provide free school meals is a massive scandal.

MPs are completely out of touch with the everyday concerns and stresses faced by the people they purport to represent. Removing their unnecessary perks (unnecessary when your basic salary is over £80,000) might remove this taxpayer-subsidised buffer.

It’s disgusting that I’m paying tax so that someone who is on 4 times my wage can get cheaper meals. There are people really struggling in this country who should be getting the help they need.

MPs should pay for their own lunch, like most of us. And why are they subsidised to drink alcohol when they are making decisions that are of national importance?

Perhaps if some small thing affects them personally, the politicians might begin to understand the plight of the people they are hired to represent. 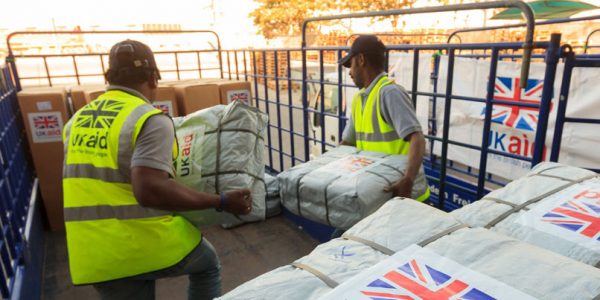