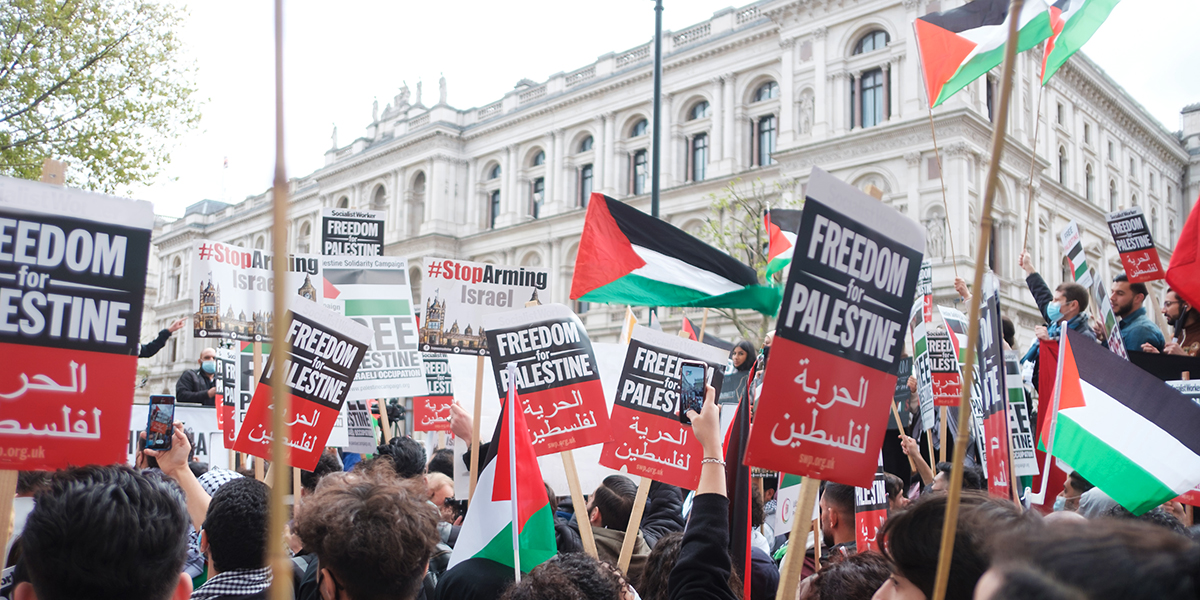 The world was shocked by Israel’s brutal attacks on Palestinians in May 2021. At least 200 Palestinians, including at least 60 children, were killed by Israel’s airstrikes on Gaza. 10 Israelis died in the latest conflict.

The actions drew worldwide condemnation, yet the British government was complicit in the killing. Many of the weapons used against Palestinians were exported to Israel from Britain.

The UK is the world’s second largest arms exporter, with more than half of its exports going to the Middle East. Exports from the UK to Israel include sniper and assault rifles, pistols, weapon sights, targeting equipment, ammunition for small arms and grenades, smoke canisters, tanks, combat and military helicopters, military support and combat aircraft.

The UK has a system of arms export licences, where the government has to approve weapons sales – at the moment they are allowing weapons to be sold to Israel and other oppressive regimes. That means the government has the power to stop these arms sales immediately.

If the prime minister is as “deeply concerned” as he says about the violence, then he should stop fuelling it. That starts with banning the export of lethal weapons to the state of Israel.

I’m signing because the UK should NOT be profiting from or contributing to the shameful, hypocritical and inexcusable cruelty of Israel’s actions in the Middle East.

With these arms sales the UK government is complicit in the killings of many Palestinians.

This is so horrific and yet the British government is still not taking any action against Israel.

I believe the arms industry to be utterly immoral whoever is exporting them. Britain should not be complicit in this immoral industry.

The sale of advanced weaponry to Israel is fuelling the violence and oppression in the occupied territories.

Because saying you condemn Israeli soldiers killing innocent Palestinians and selling Israel weapons at the same time is hypocrisy. You are no better if you are supplying the weapons. Stop selling and being hypocrites!