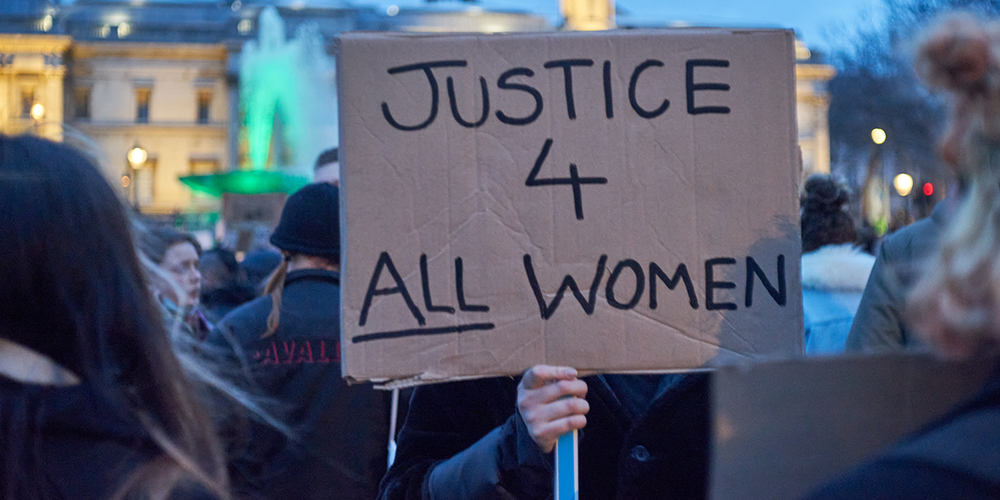 The scenes of women being arrested at the Clapham Common vigil for Sarah Everard are shocking – and shameful for the police.

By refusing permission to let the vigil go ahead, and threatening organisers with huge fines, the Metropolitan Police created an unsafe situation. They then arrested women whose only crime was to come together in grief and in their demand for justice.

Decisions like these are not made by accident. The police had days to consider their response and even fought a legal challenge brought by the original organisers of the event. Police tactics for such events are planned and calculated. They had the option to facilitate a safe vigil – and without the arrests, it would have been.

The police should have been extra cautious when the alleged murderer is one of their own serving officers – instead it seems to have made them extra aggressive.

Cressida Dick, speaking about Sarah’s murder days ago, expressed her shock and said “our job is to patrol the streets and to protect people”. But at this vigil, her officers did the exact opposite. She must go.

Cressida Dick should have instructed her police officers to respectfully monitor the vigil without laying a finger on any of the peaceful, masked-up women protestors. Their action was completely over-the-top and unnecessary.

Policing in the UK is supposedly by consent. How could this happen?

Women are subjected to so much abuse. We need to stand alongside each other and I know there’s a pandemic but arresting them, really? A little compassion would have been better.

She has demonstrated a complete lack of competence going all the way back to her handling of the fatal shooting of Jean Charles de Menezes.

This is disgusting behaviour by a police force that is supposedly there to protect the good citizens of the UK and instead are using unnecessary force against a peaceful vigil, not acceptable.

Completely unnecessary – overzealous policing. A vigil is a peaceful event. Police chose to escalate this. There are other protests (eg. anti-maskers) where large groups of far more aggressive people aren’t even challenged – it is scandalous to manhandle women who pose no threat.

We will never stop demanding justice. You can’t arrest us all.